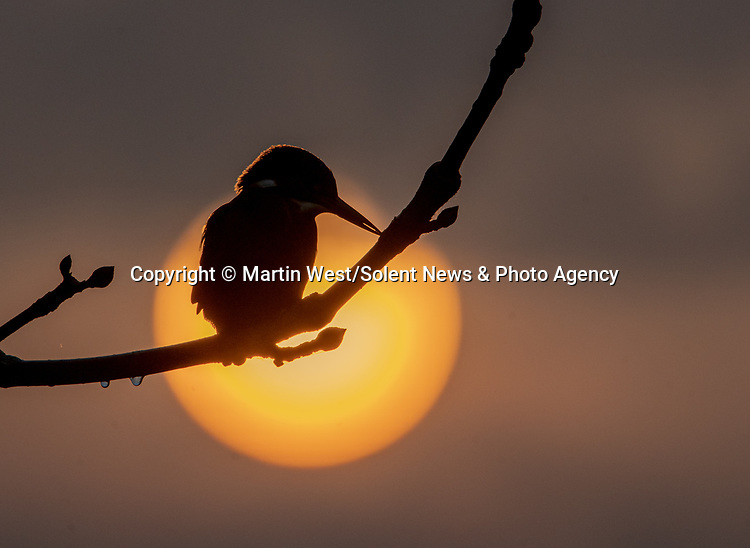 The early bird finally catches its fish. A kingfisher perches on bare branches, to warm itself up in the early morning sunshine, having just missed its chance to catch a fish.

The kingfisher was perched on bare branches hanging over the River Bulbourne in Hemel Hempstead, London with the rising sun's warming glow behind it.

The bird was pictured by Martin West, 37, a TV producer from London who was out with his camera on an exercise walk during the second national lockdown due to the pandemic.

Martin said, "It had just unsuccessfully dived for a fish so seemingly stopped for a few minutes presumably to warm up."

"The kingfisher was deep in the branches and I got a shot of it within the thicket with the sun in the background. It then flew down to a lower branch to enjoy more of the sunshine, giving me a clearer view without some of the branches in the way."

"After warming up it went in for another dive and this time it caught a fish and flew off with it."