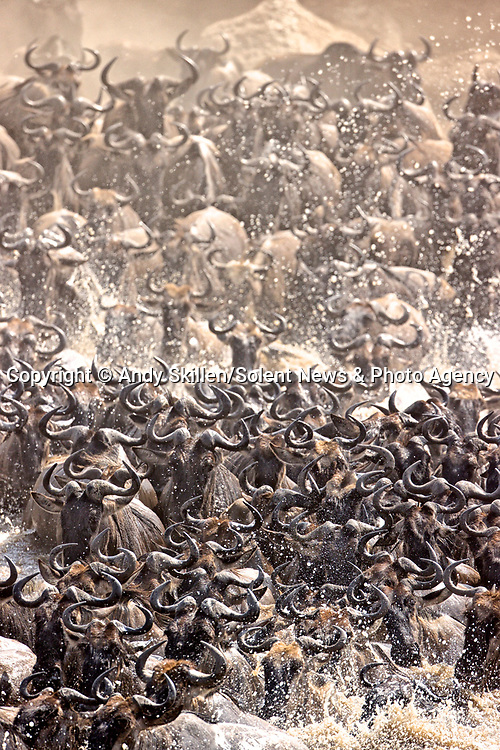 Thousands of charging wildebeest cross a muddy river during a stampede. The large herd of wildebeest, also known as gnus, power across the water to greener pastures as part of their annual migration.

London-based photographer and filmmaker Andy Skillen travelled to the Mara River in the northern Serengeti to capture the Great Wildebeest Migration, which is believed to be the largest in the world. SEE OUR COPY FOR DETAILS.