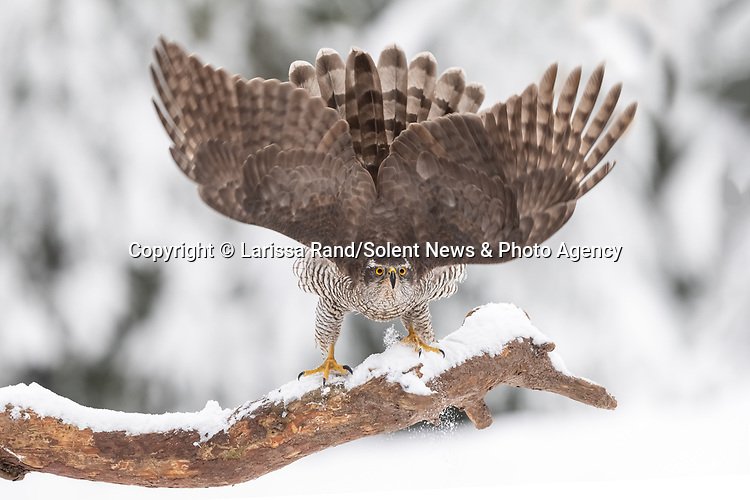 A goshawk looks like it's wearing a striking fascinator as it takes a defensive pose after spotting an incoming attack from a buzzard in a snowy wood.  Larissa Rand, 46, managed to capture a goshawk prepping itself for conflict with a buzzard, which was flying in to try and steal the goshawks catch.

Larissa visited her local woods near Tilburg, in Noord-Brabant, Holland. She said “The goshawk flew away after it was pushed off the branch which was a suprise due to the fact a goshawk looks more powerful and is more aggressive normally”.  “I already heard the buzzard screaming and saw the goshawk taking a defensive stance, so I tried to keep my focus on the goshawk and hoped I would get a chance to photograph the fight. Unfortunately though, the goshawk flew off and there was no fight.”