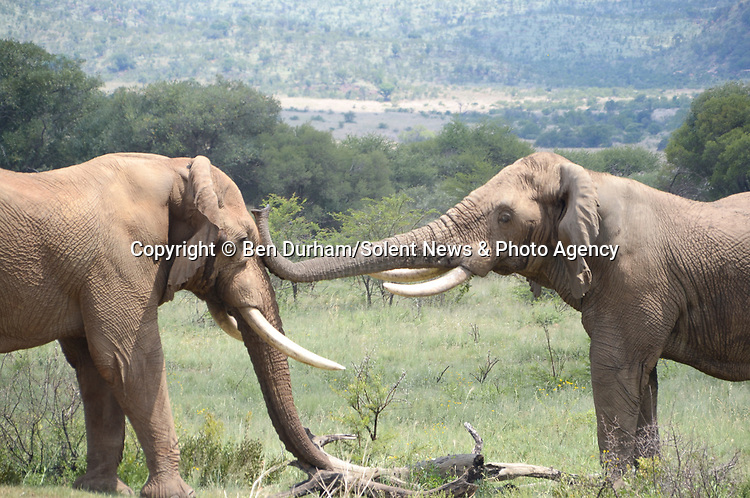 HAVING A TUSK-LE.....Two giant bull elephants lock tusks in a gruelling battle that lasted over an hour. The raw power of the huge animals was on display after a juvenile elephant began taunting its older counterpart by tapping its trunk on the head of its elder.

The elephants, which can weigh up to 100 stone (6,000kg) each, fought for an hour and a half - kicking up clouds of dust in the 27 degree heat. The fight took place at the Pilanesberg Game Reserve in South Africa, and was captured by amateur photographer Ben Durham. SEE OUR COPY FOR DETAILS.