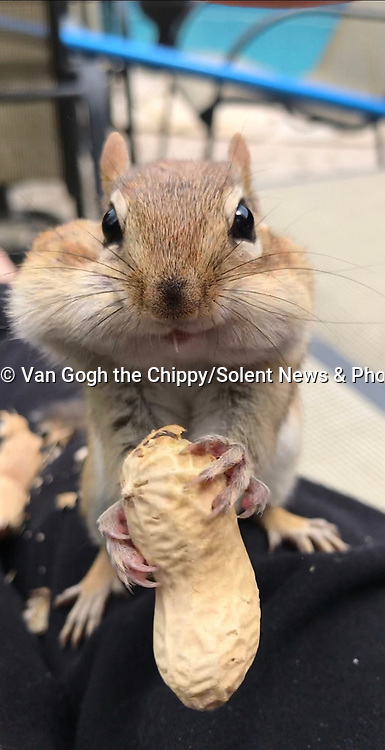 A greedy little chipmunk stuffed its face with nuts to save for later. The ravenous rodent - known as Van Gogh - grabbed up to ten nuts at a time to stuff into its cheeks before scurrying off, storing them and rushing back for more.

He was photographed by social media manager Ally Calmusky, 33, who often sees the chipmunk in her mother's backyard in Aurora, Ontario, Canada. SEE OUR COPY FOR DETAILS.