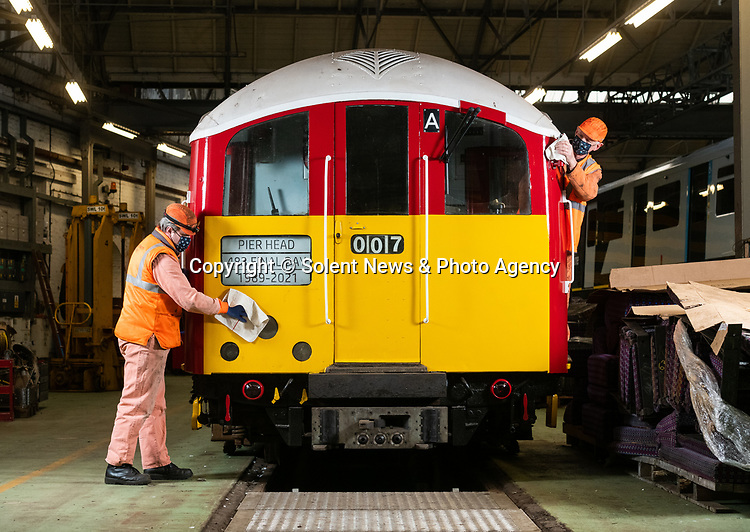 Pictured: Kieren Hetherington and Tony Long, maintenance fitters for South West Trains buff the departure board and whistle on the British Rail Class 483 Island Line train in the workshop at Ryde St Johns Road train station, Isle of Wight after its last passenger service on Sunday 3rd January 2021, ahead of being delivered to the Isle of Wight Steam Railway as the line prepares to unveil a new fleet of London Underground trains in the spring.