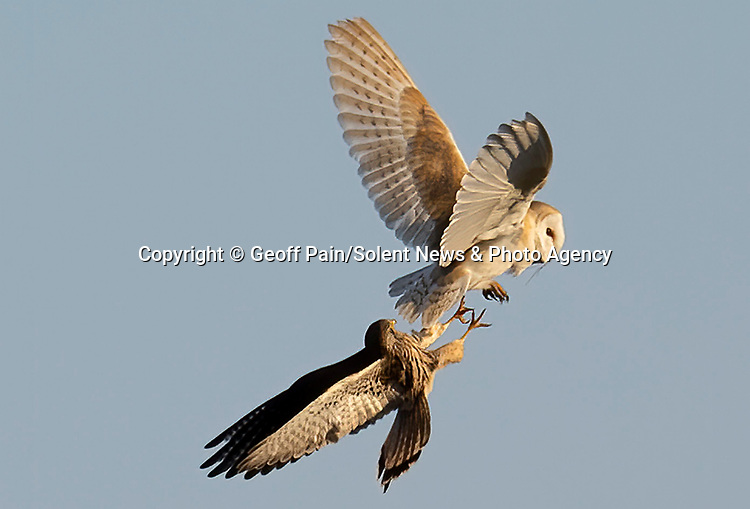 A kestrel makes grab for 'no lunch' after looking but failing to ambush a barn owl which had already eaten it's catch in the long grass.

Local Geoff Pain, 71, spotted the pair only 5 minutes away from his home in Settle in North Yorkshire.

He said, "The kestrel had seen the barn owl fly down into the grass so it flew across to a nearby post to await its chance. As soon as the owl emerged from the grass it was after it to try and relieve it of its prey only this time it was out of luck as the owl had either failed to catch anything or had already eaten its catch"

"I suspectted the owl had caught a vole as did the kestrel as it was was waiting for the owl to reappear for about 2 minutes. The kestrel was after the owl for the food. In the end they went their seperate ways"