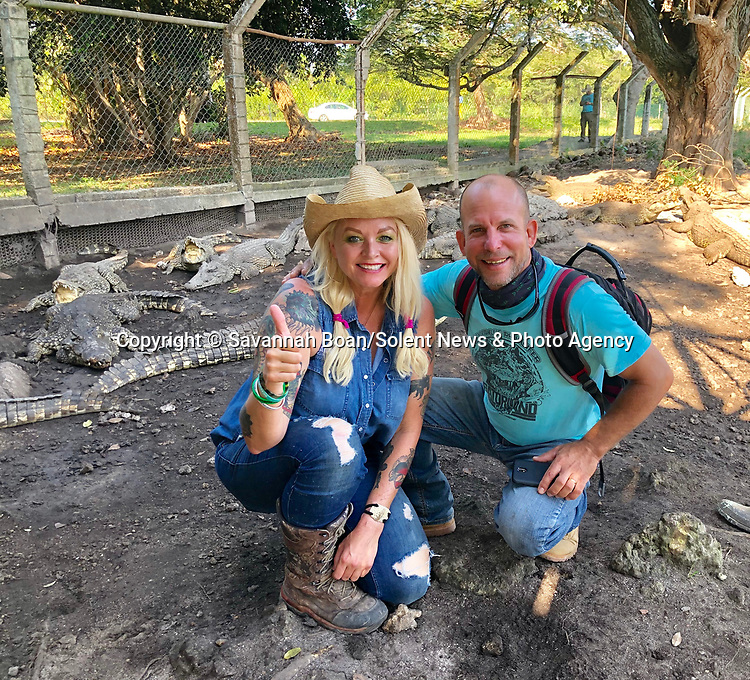 Pictured: Savannah Boan with Gustavo Sosa, a veterinarian at the facility who over sees the expeditions and cares for the critically endangered species.